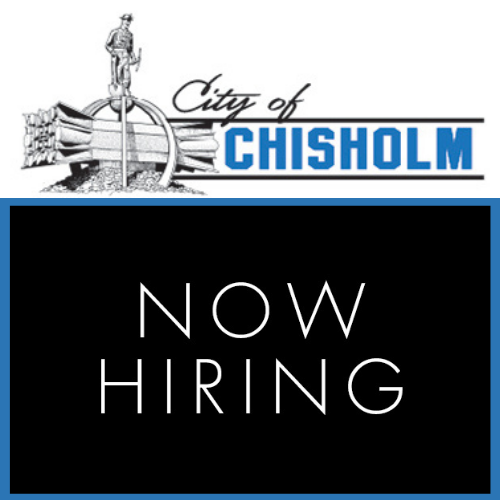 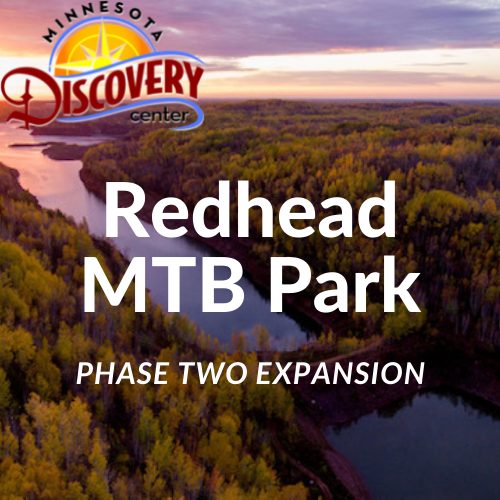 Starting Friday September 3rd 2021, The MDC will be launching a public crowdfunding campaign at www.GOREDHEAD.com to help fund the planned expansion of The Redhead MTB Park. The goal is to raise $100,000 from the public between September 3rd and October 3rd but will continue accepting donations after that deadline and until the project is fully funded. Funds raised during the campaign will directly support the phase 2 expansion plan, offsetting the total cost of the project. Members of the public  are invited to visit The Redhead crowdfunding campaign website HERE and social media platforms to follow and discover more about the project and support it with a donation.

As part of the campaign, the MDC will host a community fundraiser and screening of the documentary “Reclaimed”, a short film sharing a glimpse of the tory of The Redhead MTB Park, at the MDC theater. A date for this screening will be announced soon on the MDC and GoRedhead websites at mndiscoverycenter.com and goredhead.com.

“We are thrilled to be officially launching this campaign and inviting the public behind the fences of the mines that built America,” said Jordan Metsa, MDC Fund Development and Marketing Coordinator. “A lot of hard work went into producing this campaign and we hope it helps people get excited about the unearthed potential Redhead has.”

The Phase 2 expansion project is anticipated to cost approximately $1.9 million and would include up to 14 additional miles with some wider trails for adaptive cycling and competitive racing, a mining themed paved pump track, a robust skills course, and enhanced user amenities throughout the trail system i.e. changing stations, water stations, bike pump stations, shade shacks, historical and interpretive signage, and more.

Behind the scenes, The MDC will be foraging new private and public partnerships, seeking community sponsors, and writing grants in a combined effort to raise the funds needed to complete the expansion of Redhead into its full potential as a world-class recreational destination.

“By acquiring phase 2 funding, one thing we can do is incorporate our museum into Redhead, offering a sort of educational experience as well as the recreational one everyone is coming for,” said Donna Johnson, Executive Director of the MDC. “This funding will not only build out the full experience Redhead offers, but it will allow us to share the rich history that is unique to this region.”

The expansion will help attract new visitors to the Iron Range, help the park attract new events, make the park more accessible and accommodating to beginning riders and individuals with disabilities, and promote healthy and vibrant communities. To recognize donors who contribute, the MDC will have a sign manufactured portraying the names of donors. The sign will be placed at the trailhead once the project is complete. 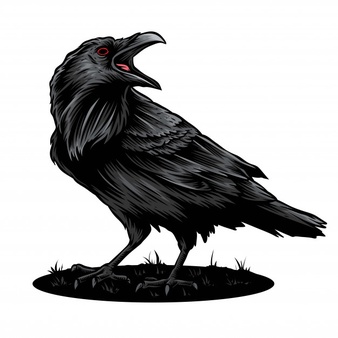 Everyone is welcome, menu will include Roast Pork, Sliced Beef, Italian Sausage, Corn on the Cob, Salads, Rolls & Butter.

Wednesday October 6th, 2021 at the Hibbing Memorial building The Hibbing/Chisholm Chapter of MDHA will be hosting its 40th Annual Banquet. Doors open at 4PM and Dinner will be at 6PM.

Postmark your registration by September 17th, 2021 and you will be eligible to enter into the “Sunrise Drawing” where you could win a Remington Stainless CDL 700 25-06.

All forkhorns registering by September 17th, 2021 will also be eligible to enter into a separate “Sunrise Drawing”. Forkhorns entering will have a chance to win a Savage Axis 243.

There will be raffles throughout the evening, ticket packets will not be available the night of the banquet– so purchase them now for your chance to win!

Make sure to register now! Seating is limited and no tickets will be sold at the door. The last day of registration is September 27th and then only if spaces are available. 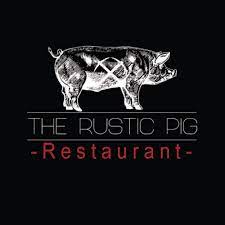 The Rustic Pig is now open every Thursday and Friday from 11AM-7PM and offering a mouthwatering full food and beverage menu. Live music from 5PM-7PM and featured entrees served from 4PM-7PM.

Come out and enjoy music and BBQ. (Pulled pork tacos sound like they would hit the spot right about now 🤤) 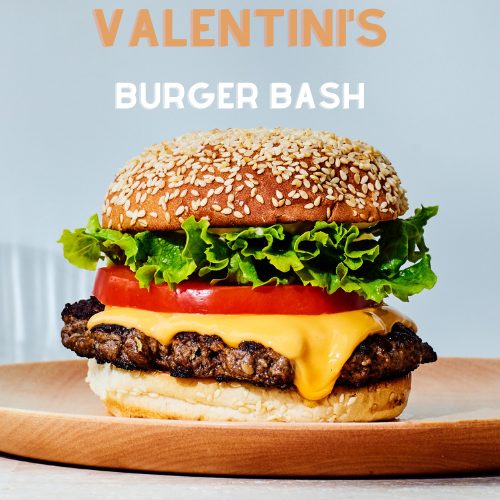 On Wednesday, September 29th 2021 from 4PM-6:30PM Valentini’s Supper Club will be holding their annual Burger Bash! Get ready to fill up and come out for a good time!

Tickets are $10 per person, baskets include a hamburger/cheeseburger, fries and a cookie. 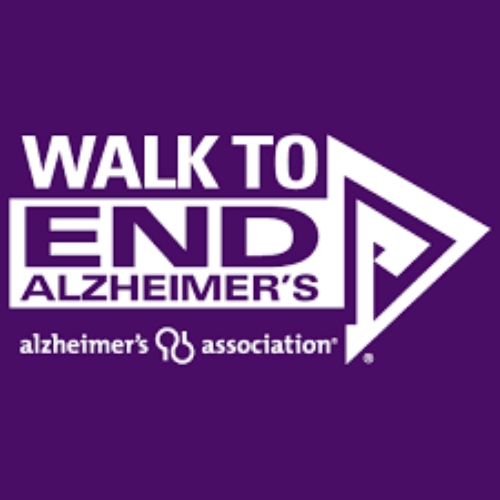 On Friday, September 10th from 4PM-7PM at Valentini’s Supper Club in Chisholm The Range Area Walk to End Alzheimer’s will be hosting the Feed Your Noodle Spaghetti Feed!

Meals will be available for dine in, curbside pick-up, or take out for $11 per person and will include: Penne Pasta, Sugo Sauce, Meatballs, Salad and Bread & Butter. All proceeds will benefit The Range Area Walk to End Alzheimer’s. 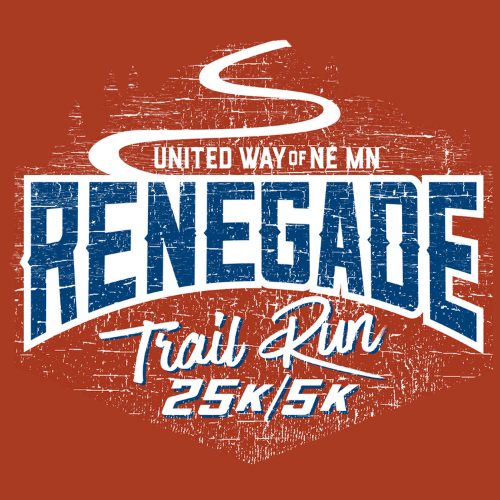 United Way of Northeast Minnesota is in need of at least 16 volunteers to help prepare the Renegade Trail Run 25k and 5k courses for next month’s event to benefit United for Veterans. If you would like to help in doing something meaningful, this is your chance!

If you’d like more information on the Renegade Run 25k and 5k use the link below! 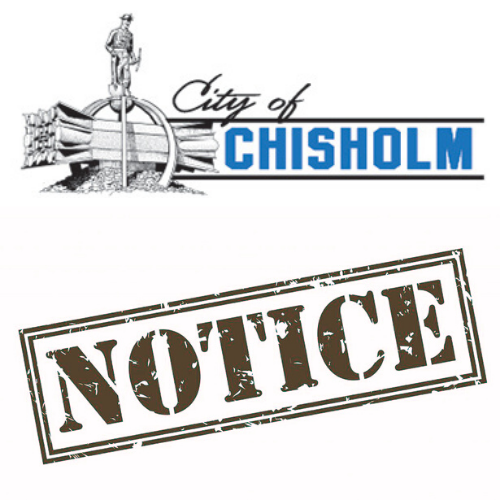 Starting Wednesday August 25th, the City of Chisholm will be reclaiming alleys. This will consist of a large milling machine grinding alleys and laying back down the reclaimed material. The machine is slow moving and needs the 16ft of city right of way in alleys to operate. All citizens are requested to remove any items and vehicles that are close to the right of way.

Also advising citizens to park on the street as travel through alleys under construction may be impossible. Vehicles in the way could be towed.

As of now the schedule is to start on the far northside of town and to work towards the south. PLEASE SHARE THIS INFORMATION so that all Chisholm citizens are aware and can make the proper preparations to avoid any problems! 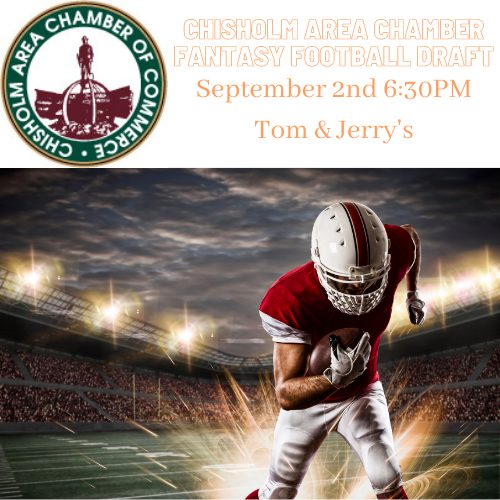 Thursday, September 2nd at 6:30PM at Tom & Jerry’s, we will begin the draft for The Chisholm Area Chamber Fantasy Football League! Hors D’oeuvres provided by Tom & Jerry’s. The In Person Draft will live stream through Chamber Facebook for those who will be unable to attend in person so that picks can be made remotely. League is for Chisholm Area Chamber Member businesses/affiliates.

League will be operated by ESPN platform- create an account HERE if you don’t already have one. Once you’ve created an account with ESPN, join the CCCFL League HERE.