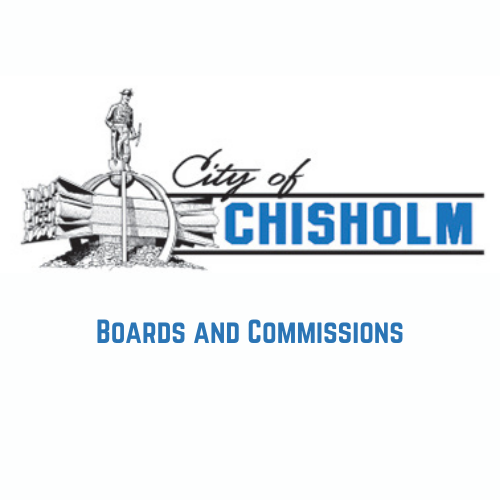 Citizens should be willing and motivated to assist in the future direction of the City of Chisholm. Taking part in the democratic process can be a rewarding experience and allows citizens to have a voice in Chisholm’s future.

Completed applications are accepted at any time through-out the year for various City Boards & Commissions positions.

Applications are available on the City of Chisholm website www.ci.chisholm.mn.us,

at City Hall located at 316 W. Lake Street or you can email mgornick@ci.chisholm.mn.us to request an application.